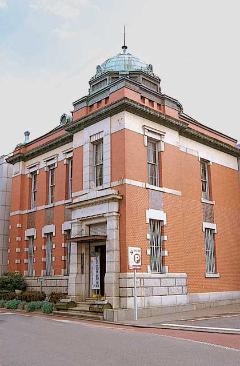 This two-story brick building is known as one of the most prominent Western-style buildings in the prefecture. Inside is an atrium, with a corridor on the second floor. The roof is a wooden frame covered by copper. It was originally constructed as the Sawara Branch of Kawasaki Bank, but was later donated to Katori City and now operates as a tourist information center.

Due to the 2011 Tohoku earthquake and tsunami, the Mitsubishi Building is temporarily closed.

The Seasons of Katori City